A few days ago, we went on a snowmobile ride with Snowdoo- one one of our partners, . The company is located in Zakopane on Gubałówka, from where there is a beautiful view of the city and the panorama of the Tatra Mountains. The day was beautiful and sunny with the right temperature.

The instructor showed us how to safely drive the machine. We were on the road after a few minutes. Initially, as a passenger, I could admire beautiful views; snowy meadows, forests and neighboring areas. It was great fun, especially taking corners when it was necessary to create a counterbalance to the tilting machine. Snowmobiles are more responsive than you would expect. On the way back I was a driver and definitely it is better fun 🙂 Driving the machine can be compared to driving a motorcycle, but istead of steering a wheel you turn two skis. Scooters with a capacity of 600 cc were very agile and reaching higher speeds was not a problem. Driving the machine gives an incredible satisfaction and everyone should visiting our mountains should try it. 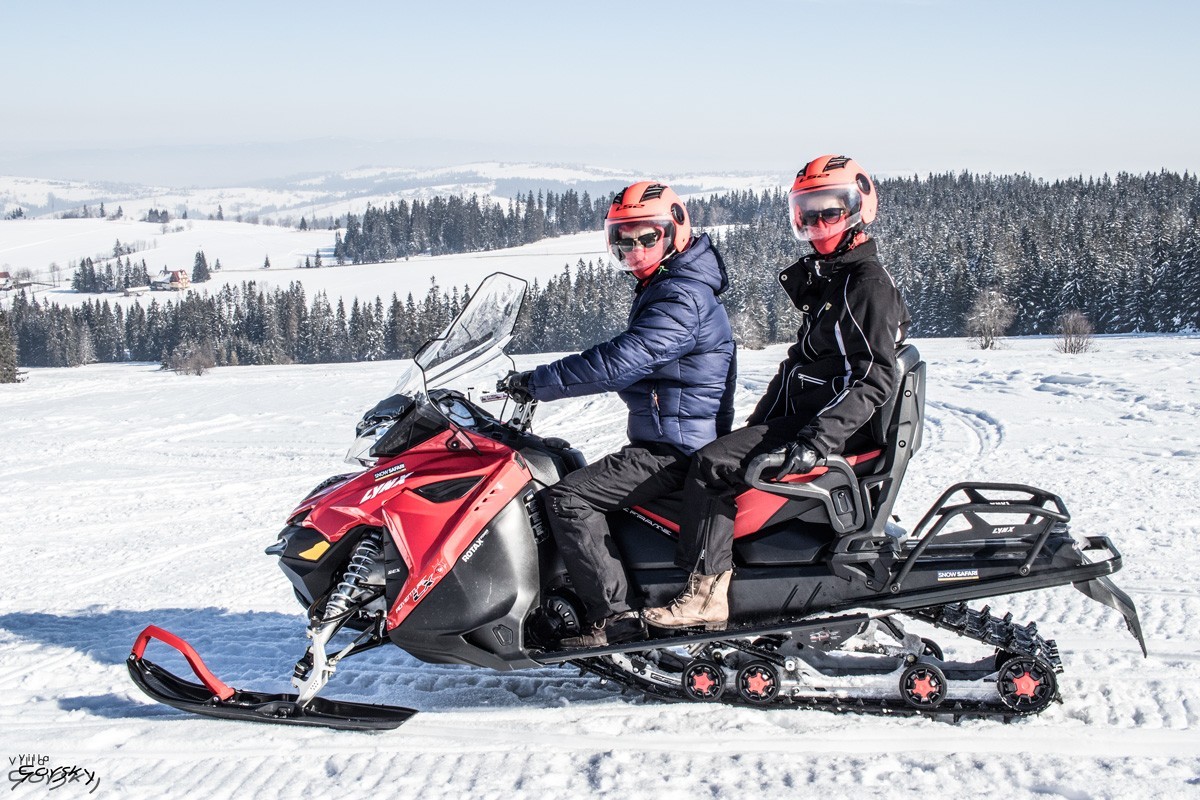 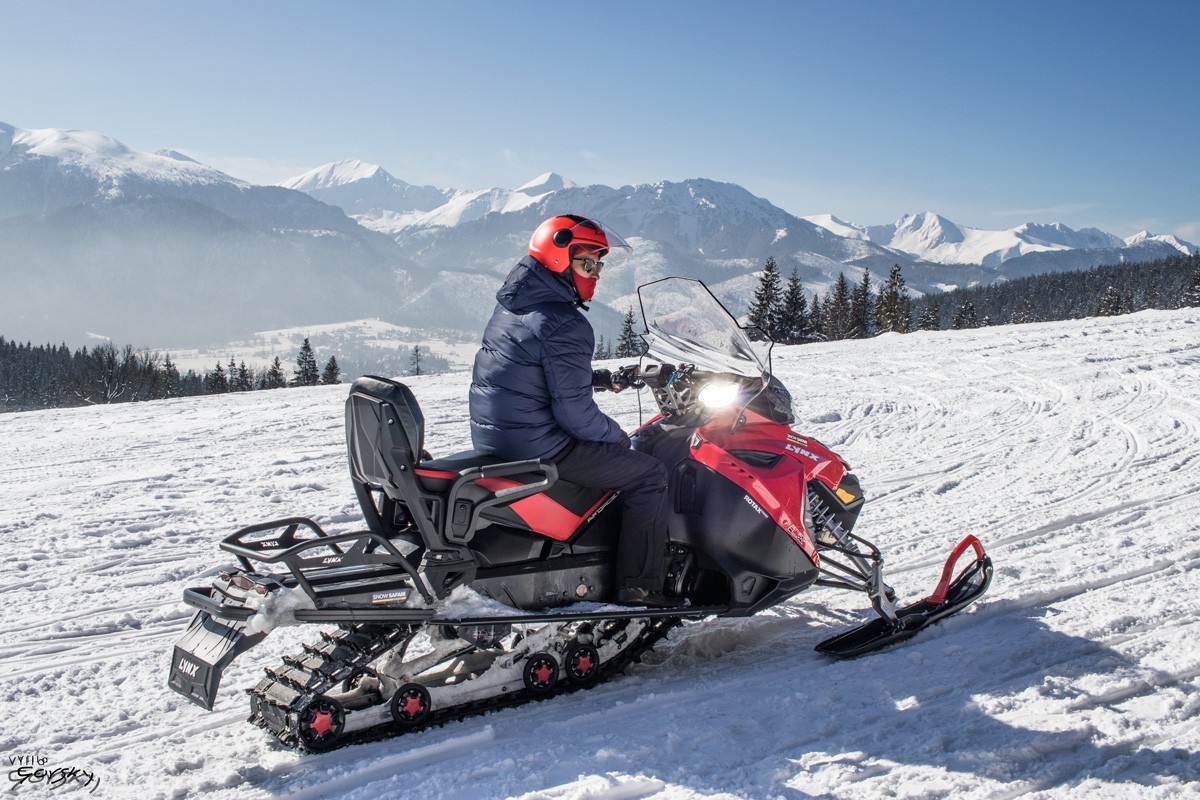 The history of the scooter

Snowmobile is a combination of a sleigh and a scooter. They are very popular vehicles in the Arctic Circle countries. They are available in one and two person versions. The first prototype of a snowmobile equipped with a propeller (aerosani) was built by the Russian inventor Kuzin in 1908. At the same time, Igor Sikorski performed a similar model. However, the first fully functioning prototype was created by the French marquis Jules-Albert de Dion and engineer Georges Bouton on behalf of the explorer J.-B.Charcot. At the same time Robert Scott, before the expedition to the South Pole, asked De Dion Bouton to build a motor sledge. Tests of vehicles took place in 1908 in the the Dauphiné Alps. At the same time, American car manufacturer Henry Ford worked on adapting model T for winter driving. The scooter on which contemporary scooters are based is a machine produced by Carl Elias in 1924 and patented in 1927.

Below the photo gallery with prototypes:

In Podhale, the most popular winter sports are skiing and snowboarding. However, if someone is looking for new attractions or is fascinated by motorcycles and quads, he  will definitely not be disappointed 🙂 We went on an hour trip, but there are also three and six hours options available. Driving a snowmobiles in Zakopane is a great adventure especially in a group of friends and family. There is a lot of adrenaline and laughter. We highly recommend it 🙂

* Villa Gorsky guests have a discount on snowmobiles trips in Zakopane.